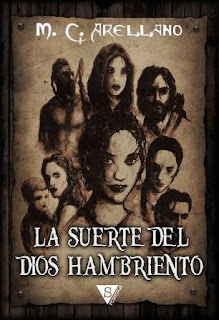 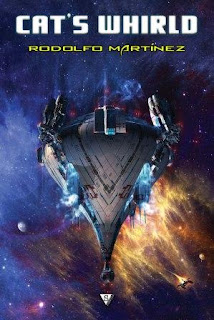 The neutral Convergence Space Station No. 1, known as the Whirld, is the unofficial but deadly battleground in which several Galactic powers fight, by all means at their disposal, to obtain a certain piece of information that would inevitably determine their whole future. But then an all-powerful malevolent AI, for reasons known only to itself, also enters the game…

Cat's Whirld, a book indispensable for understanding the evolution of Spanish science fiction, is an original fusion of thriller, cyberpunk, and space opera, with unforgettable characters, and a frenetic pace and rhythm that never falter; a hybrid novel in which elements from distinct genres make a surprisingly harmonious whole.

Originally published in 1995, it was the first cyberpunk novel in Spanish; a specially remarkable achievement in that it was also the first of Rodolfo Martínez’ many novels, and yet was not afraid to tread new ground, and, moreover, to do so with great narrative confidence. Twenty years later, the story still retains its power, as fresh and exciting as ever.